The Lost Plaques: Goscombe John's plaques to the memory of Alderman Thomas Jones, ship owner, coal exporter and Mayor of Newport in 1892-3 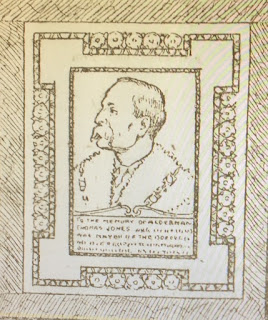 'The unveiling of two memorial tablets to the memory of the late Alderman T. Jones, shipbroker, of Newport, took place on Wednesday. The tablets, which are from the studio of Mr. Goscombe John, R.A., consist of facsimiles in bas-relief, and afford a striking likeness of the deceased. No more fitting place could have been selected for the erection of the memorials than the corridor of the Town-hall, opposite to the main staircase and the corporation hospital at Allt-yr-yn, in the inception and carrying out of which Mr. Jones took such interest. A committee had been formed to carry out the arrangements, and Mr. W. E. Heard, J.P., their chairman, performed the unveiling ceremony at the town-hall, whilst Archdeacon Bruce, formerly vicar of St. Woolos, Newport, acted in a similar capacity at the hospital. The tablets are identical in form, and bear beneath the profile the following inscription:- “To the memory of Alderman Thomas Jones, who died October 18, 1903; mayor of this borough 1892-3; erected by friends and fellow towns-men. “Of soul sincere, he broke no promise, served no private end." After an address by Mr. Heard, Alderman Greenland moved a vote of thanks to the committee and to Mr. Heard, and Mr. T. H. Thomas, of Cardiff, who, together with Mr. W. P. James and the Rev. D. Davies, formed a deputation from a literary society at Cardiff of which the deceased was a member seconded the vote. In doing so Mr. Thomas said the distinguished Welsh sculptor had caught the keen, quick, alert look, which was characteristic of the deceased alderman. Dr. Garrod Thomas, J.P., D.L., proposed a vote of thanks to the mayor and corporation for having placed at the disposal of the committee such an acceptable site. Mr. Lyndon Moore seconded the vote, and it was carried, and acknowledged by the Mayor (Councillor R. Wilkinson). Those present at the Town-hall ceremony also included Aldermen Bear, Goldsworthy, Canning, Howell, and Mordey. The proceedings at the Allt-yr-yn Hospital included an inspection of one of two shelters for the convalescent which the committee have been able to provide from the funds subscribed. Archdeacon Bruce paid an eloquent tribute to the deceased.' Mr. Heard acknowledged the vote.
Where are the plaques?
Sadly both buildings in which the plaques were displayed have been demolished. Newport Town Hall was demolished in 1940 and Allt-yr-yn Isolation Hospital, founded in 1896, was demolished sometime in the mid Twentieth Century. However, there is a picture with the above newspaper article that shows the design of the plaque. Perhaps no-one at the time realised they were created by Goscombe John and might not have realised the significance of Thomas Jones’ municipal contribution to Newport. However, even if the plaster relief was not valued one cannot imagine that the bronze plaque would have been just discarded. Memorialisation has been under review lately and perhaps one cannot expect that everything from the past deserves to be retained. I have checked with the Newport Museum and Art Gallery and enquired of the present Civic Centre but so far no-one has been able to discover it. It might have been removed to another of the Newport Hospitals as Thomas Jones had been connected to Allt-yr-yn Hospital, but given the present pandemic, now is not the time to ask people to search. Neither is it a good time to visit Cardiff Library and access his letters, or to search for a photograph of Thomas Jones in Newport Library which I am sure I have located in the past. Thomas Jones’s story is interesting because he was part of a wide movement to try and stem the spread of tuberculosis. Suffering the current pandemic we are reminded of this story of one man’s journey to try and defy death.
Christabel Hutchings
Sources
Newport Past
Letters of T. H. Thomas, Cardiff Central Library 4.435/2.
See also Christabel Hutchings (ed.): Thomas Henry Thomas, 'Arlunydd Penygarn' South Wales Record Society. 2012
Welsh Newspapers Online / National Library Wales 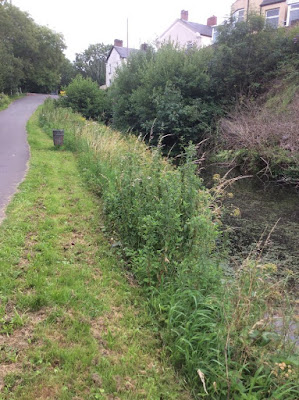 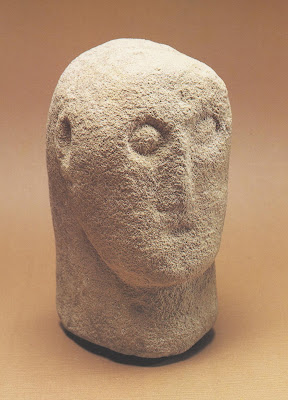