Objects in Focus for June 2020 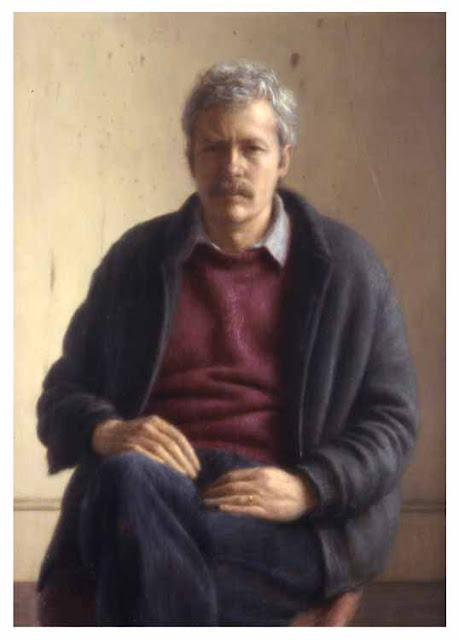 Harry Holland’s reputation stretches well beyond his home city of Cardiff, where he has lived since 1973. A figurative artist with extraordinary technical ability, Harry has exhibited widely and has work in international collections including the: Tate, Metropolitan Museum of Art and National Portrait Museum of Canada. Throughout his career, Harry has focused on the often unfashionable formal and technical aspects of painting, drawing inspiration from classical themes, which he applies to the modern world. This highly accomplished self-portrait was acquired by Newport Museum and Art Gallery in the early 1990s. It shows Harry in a reflective and confident moment in his career. 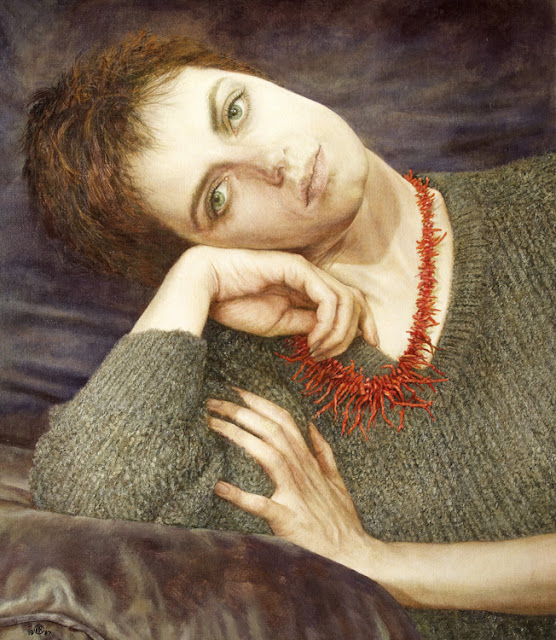 
Sara Rossberg is recognised for her striking figurative paintings and drawings. Her work features both groups and individuals, with a strong emphasis on the head and face. This sombre yet moving self-portrait was painted when Sara was in her thirties. It captures her in a deeply contemplative mood. Painted in acrylic on canvas, the detail from Sara’s piercing eyes to the threads in her woollen jumper is truly remarkable.

In 1987, Sara’s self-portrait was exhibited alongside Harry Holland’s (see last week’s Object in Focus) at the Artsite Gallery in Bath. Newport Museum and Art Gallery’s Keeper of Art – Roger Cucksey was torn between the two paintings, ultimately seeing them as a pair. With grant aid, Roger was eventually able to acquire both artworks for Newport Museum and Art Gallery.


In 1987, industrial archaeologist and artist, Falcon Hildred was commissioned to undertake an ambitious project documenting the changing face of Newport, recording sites and buildings which were in danger of demolition. In total, 40 drawings were produced, 30 of which Newport Museum and Art Gallery purchased.

The project was called ‘Newport Now’ and when part-completed was exhibited at Newport Museum and Art Gallery, as part of the institution’s 1988 centenary celebrations. The following year, the exhibition went on to Heidenheim, Newport’s twin town in Germany. In 1990, the completed project was exhibited under the title: ‘A View of Newport’ in Newport Museum and Art Gallery.

A selection of these works can be seen on the ‘People’s Collection Wales’: https://www.peoplescollection.wales/collections/408202